SME visions [EU 2030] approach was positioned at a European level, given the nature of the issues it addresses and for which it appears fairly clearly that the responses cannot be exclusively national or for which it is necessary to take into account parameters which are not fully controlled at the national level. However, the support tracks desired by SMEs, as they result from the approach, may fall under the European Union, the French State or the local authorities, according to their respective skills and in the logic of subsidiarity.

From the expression of visions of business leaders, the purpose of the approach is to provide avenues allowing the public authorities to adapt their interventions to support the development of SMEs by this 2030. It follows the European CCI week in May 2021, which had itself brought up 53 proposals emanating from companies in preparation for the French Presidency of the European Union (PFUE) in the 1st half 2022 . SME visions [EU 2030] also aims to abound the reflection of the PFUE from a more prospective angle. President Macron wanted this French presidency to be an opportunity to launch or relaunch a certain number of major European projects and the moment is therefore ideal for bringing the needs of SMEs to a 2030. This will also be the case with the last stage of the conference on the future of Europe.

SME visions [EU 2030] may also, beyond the 1st half of 2022, shed light with the SME orientation during the development and adoption of all the directives and regulations that will decline large European policies: Green European deal, new industrial strategy, European strategy for data, commercial policy and commercial defense instruments, the 2030 territory agenda, the salaries directive, Global Gateway. SME visions [EU 2030]  can of course contribute to the political debate which will accompany the national elections of this spring 2022, elections which will determine the roadmap of the France until 2027. 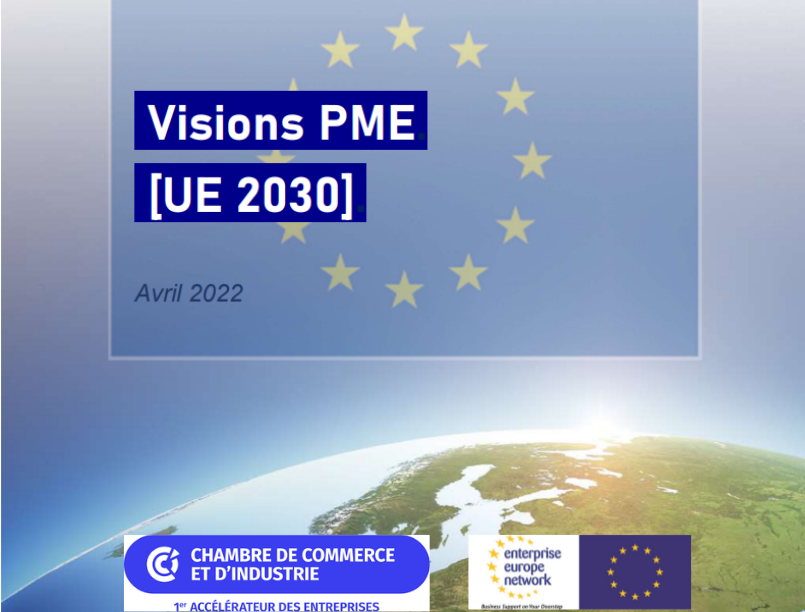