The 29 April General Assembly of Eurochambres – the European association of chambers of commerce and industry - discussed progress made by the von der Leyen Commission as it reaches the halfway point in its term and the implications of the economic impact of the war in Ukraine on the second half of the 2019-24 legislative period. With important initiatives on the EU policy agenda and the post-pandemic economic recovery destabilised by the conflict, Eurochambres President Luc Frieden called on the Commission, Parliament and Council to keep even more firmly in mind the competitiveness of European businesses.

The economic headwinds encountered during the peak of the pandemic seemed to be easing at the turn of the year. However, as the conflict in Ukraine enters its third month, chambers across Europe confirm that tangible consequences in the form of increasing energy / raw material costs and supply chain disruption have stifled the recovery and undermined confidence among businesses. Speaking directly after the General Assembly of the European chamber network in Brussels, Mr Frieden said: “President von der Leyen could not of course have foreseen the pandemic back in 2019, but this significantly affected the start of her Commission’s mandate. With the war in Ukraine now adding to this challenging context, it is imperative that the Commission and co-legislators remain acutely aware of the challenging business conditions across Europe during the second half of the EU legislative term.”

Mr Frieden wrote to Presidents von der Leyen, Metsola and Michel following the Eurochambres General Assembly, highlighting a number of ongoing and forthcoming initiatives that merit particular reappraisal given the compound impact of the pandemic and the war. These include:

Mr Frieden also highlighted the fundamental importance of building on the potential of the single market: “Enabling our businesses to benefit fully from the advantages of a home market of 450 million consumers is a powerful lever for Europe’s recovery and chambers want to work with the EU institutions to make this a reality”. 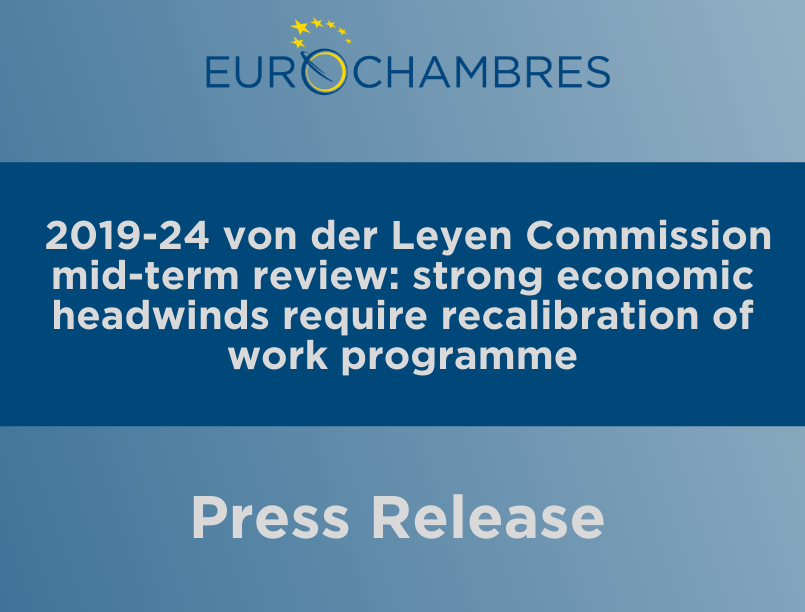